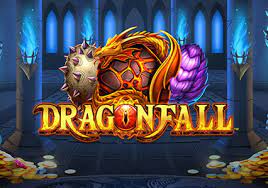 Blueprint Gaming’s Dragon Fall slot has an RTP of 96.43%, and it features 8×8 symbols and 64 symbols. This high volatility slot was released in December 2019 and features cascading wins that trigger massive cluster chain reactions.

The game also features sticky wilds with progressive multipliers and Blueprint’s new Mega drop mechanic, which ensures that instead of spinning reels, symbols are dropped from the top to the bottom on each rotation, filling the grid. In the Dragon Fall slot, the Wilds trigger the Free Falls feature, which offers sticky wilds and increasing multipliers for up to 50000x stake wins. Wilds also offer increasing multipliers and act as scatter symbols to trigger the Free Falls feature.

This feature triggers at random during the base game, and it occurs when at least one giant egg symbol remains behind after a group of dragons fly north across the reels. The colossal egg or eggs cover all symbol positions and transform them into the appropriate symbols.

Dragon’s Eye Wild symbols cannot turn into giant eggs, so when they are a part of a winning combination, they move to an empty reel position before the following cascade of symbols appears. In a sense, it is like a sticky wild, but in any case, it helps form a winning combination after it.

The Dragon Eye represents scatter and Wild symbols in the game. A free spins or free falls round is triggered when three or more scatters appear on the same spin. You are then awarded six free spins. Each time a cascading win occurs, the scatters that triggered the feature move to the next reel. For each cascading win, the progressive multiplier increases as well. While in the bonus round, all wild symbols become sticky moving wilds. Casino australia, UK and other countries rate this game highly. 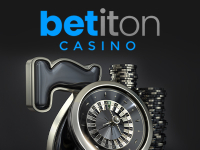